Avebe captures, retains knowledge as part of its digitalization journey

Avebe captures & retains knowledge as part of its digitalization journey

Founded in 1919, Royal Avebe is the No. 1 potato starch and potato protein company in the world. It produces and provides solutions for food, animal feed, paper, building, textile, and adhesive applications for the global market, and develops new opportunities and applications with a focus on sustainable continuity. Annually, the company processes about 3 million tons of potatoes in Germany, Sweden, and The Netherlands. Avebe employs more than 1,300 workers and more than 2,300 farmers are part of the cooperative. Its vision? “To run a sustainable, value adding operation with consistent high quality in which people and innovation can flourish.”

“They do not have to be a data scientist…we believe TrendMiner gives them more opportunities to grab more low-hanging fruit.”

Avebe wanted to have world-class operations management that could deliver the right quality product to market. The company decided it needed to start becoming more data-driven and turned to the operations data it already was collecting for answers. Engineers wanted to extend the data storage interface of its OSISoft PI historian to an information application, where they could start leveraging the information to make data-driven decisions.

At the same time, Avebe was facing a familiar problem: an aging workforce. With many of its process experts expected to retire within 10 years, the company needed to find a way to retain the knowledge value of exiting employees. Avebe decided it needed to develop strong partnerships to help along the way. With a goal of developing the next generation of process engineers, the company selected TrendMiner to analyze its OSIsoft PI data.

With TrendMiner, Avebe empowered its process engineers to evaluate the data themselves without the help of a data scientist. As engineers find new solutions to solve everyday challenges, they can save the information as contextual data that can be shared with others in the organization. So, when workers retire or otherwise leave the organization, the knowledge is retained within TrendMiner and stays with Avebe engineers.

After making a change in its enterprise resource planning (ERP) software and interfacing with a new manufacturing execution system (MES), Avebe turned to OSIsoft (now AVEVA) PI as a historian to collect time-series data. It then realized that it needed a partner for its analytics journey, and it chose TrendMiner to help them get the most from their operational data.

In this process, small protein particles are coagulated to form larger particles that can easily be separated in the next processing step. The coagulation process is operated continuously during campaigns, so the company needs to avoid shutdown as much as possible. Engineers noticed the coagulator failed more often than normal, and they needed to figure out why this was the case. Because of the complexity of the problem, they also struggled to find the root cause. TrendMiner’s similarity search was used to retrieve all coagulator shutdowns to assess the impact of the problem. The search revealed that the coagulator unit tripped 44 times during a three-month period. Using layer comparison, engineers then discovered that the flow of process water toward the coagulator was lower during bad periods of operation. The root cause for the decreased flow was caused by an increased pressure in an upstream flash tank. In just four hours, process experts were able to reduce the tripping by 50%.

A coagulation line for proteins shut down every time the company performed maintenance and then did a cold start. When a shutdown occurs, an operator spends about one hour to get the process restarted. Engineers needed to find the root cause of the shutdowns as soon as possible. Using TrendMiner, process experts searched for similar periods of behavior so they could compare good start-ups with those that failed. Engineers saw quickly that the ramping in process automation was causing a valve was to open too fast during each of the failed start-ups. Process experts changed the ramping in the process automation, which prevented the unwanted shutdowns.

Using TrendMiner, Avebe has been able to work toward its goal of achieving world class operations management. TrendMiner helps the company meet the business drivers of digitalization, including:

Reduce utility usage by increasing the overall energy efficiency of processes, as well as better manage water and wastewater

Increase process capacity by eliminating the source of frequent shutdowns

Increase the product throughput and yields

Avebe’s Transformation to a Data-driven Organization

In this presentation, Jan Spijkerman and Tom Wassink discuss their Operations and Manufacturing IT strategy, the role OsiSoft and TrendMiner had in their digital transformation, and the challenges they faced.

Watch to learn about more their company, their reasons for implementing digitalization into their operations, and to see use cases that demonstrate the value Avebe is gaining from self-service analytics. 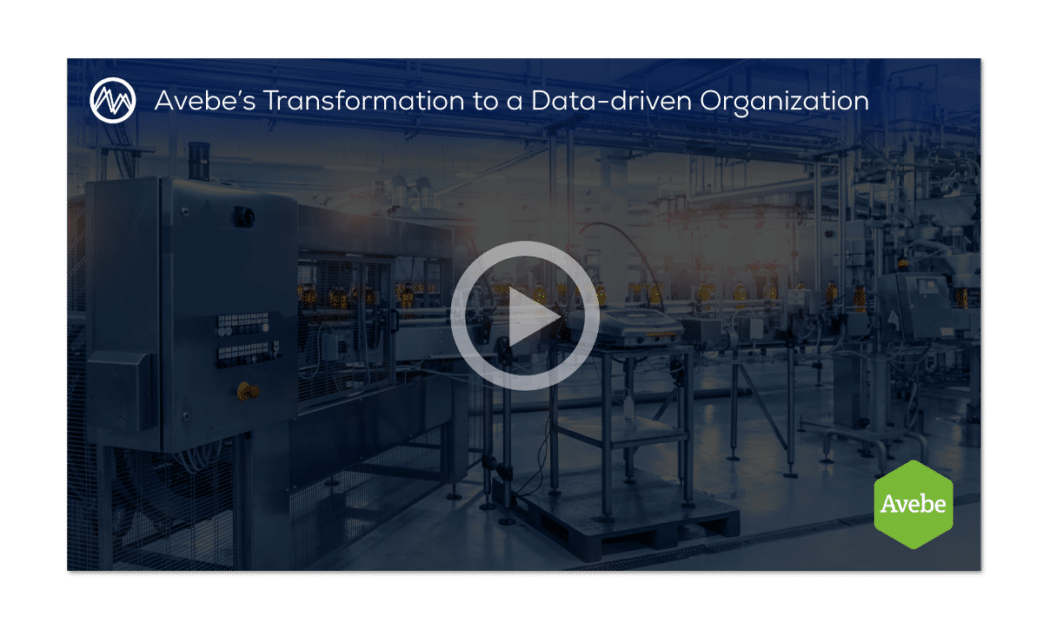 Discover Other Success Stories of Our Customers

Back to all customer success stories overview