Nina, a former production engineer in the cosmetics industry, has been working to build a kind of

“factory of the future.” She has created knowledge bases, internal websites, inspirational use

cases, and begun a series of webinars  to demonstrate the production value of data analytics software.

The former contractor from B-Hive Engineering, who became a full-time Arkema employee in the Methods and Digital coordination department after TrendLab, decided that one of the first things she needed to do was break a company-wide stigma about the software itself. She and her colleague Laurent BASEILHAC won the 2021 TrendMiner of the Year award after presenting their model during the yearly TrendLab event.

“At the beginning, people thought that TrendMiner was only a tool for process engineers or maintenance guys. When they saw the presentation, they saw that it was more than that, and we had more things to do with it.” 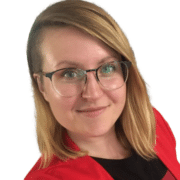 Arkema’s management team realized early in its journey that key software users make the best change agents. The company decided to put those users front and center. That meant cleaning up a user list and engaging the interest from the software’s superusers. Then, Nina created a user survey. Many of the questions focused on how well Arkema employees knew the software.

Using the feedback, Laurent and Nina created an internal community website that included a “Key User Finder,” which is a quick way for any Arkema user to find a colleague who could help a less-experienced user.

“If you have any issues or if you want some more information, you have the website,” she said. “You can directly see the use cases from the other users.” 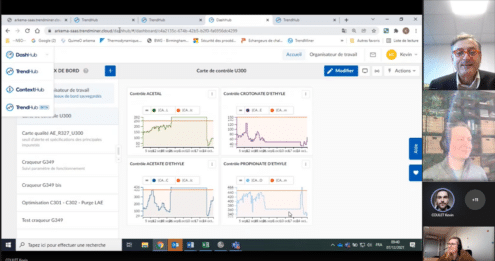 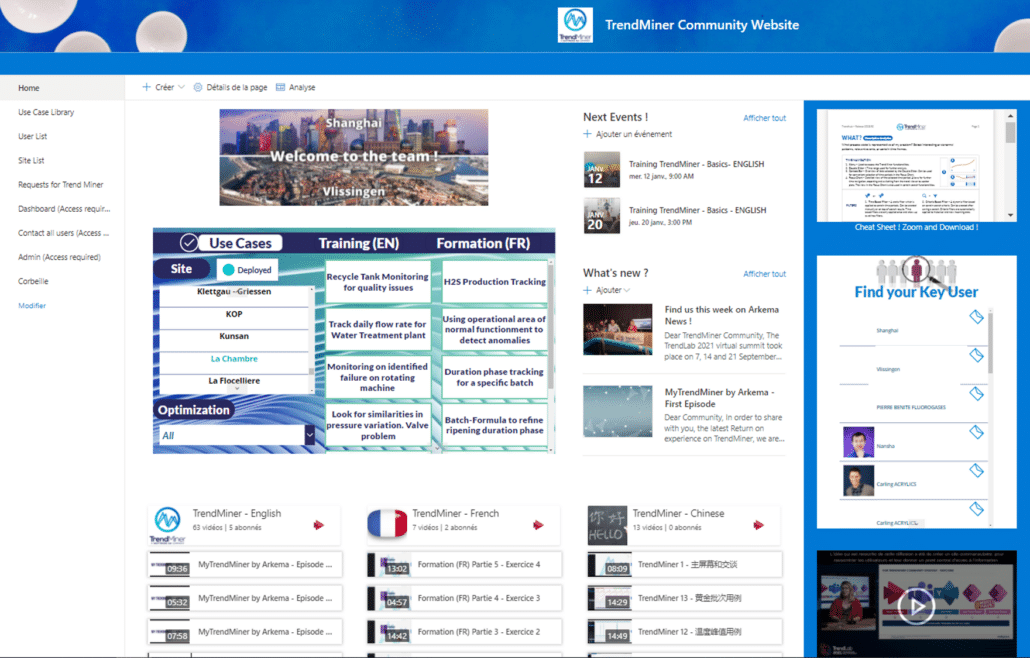 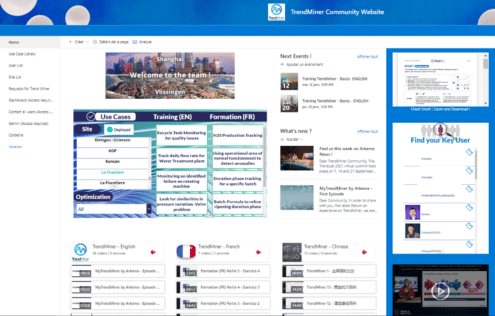 Laurent and Nina created a community website for TrendMiner users, as shown above

Nina splits her time between TrendMiner and the Technical Division digital projects. But that hasn’t prevented her from continuously evolving Arkema’s internal TrendMiner adoption.

“In October, we created something called ‘My TrendMiner by Arkema,’ which is an online webinar,” said Nina. “For example, the first one was about some maintenance subjects, so we had this first meeting of a less than an hour.

“And we will have another in a month, especially on process with process engineers,” she said. “So, we have this new, let’s say, rendezvous with these guys every two months on the specific topics to engage more discussion between the users.”

Nina also said the company is ready to roll out TrendMiner in Arkema’s U.S. factories. Meanwhile, Arkema is looking into a cloud-based system for the company’s smaller plants.

“We have begun to work on a proof of concept to make an overall equipment effectiveness (OEE) calculation for production, which is something that we never have done at Arkema with any tool,” said Nina.

Nina said she is proud of what she and Laurent have produced.

“Everybody can use (TrendMiner), even if they are not really comfortable with computers.”

“If you want to win the next year award, (remember that) TrendMiner is for your users, and try to do the best for them, to bring them the best content and to train them,” Nina said.

“When you’re convinced about the tool, it’s easier to propagate your idea to the user. So maybe it’s because if I had this tool before I would have definitely used it.”